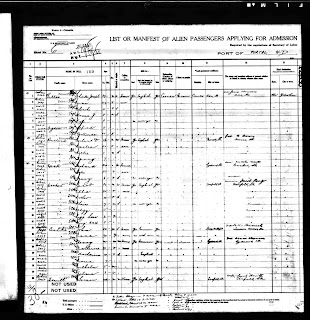 This sheet 6 of the "List or Manifest of Alien Passengers Applying for Admission to the United States from Foreign Contiguous Territory" shows Henry Batke and family, on lines 24 through 29, leaving from the port of Portal, North Dakota, December, 1921. It is noted that Henry has $260 in cash.  In addition to Henry Batke's family, you also can see the names John and Anna Batke on lines 22 and 23. John is Henry's brother and Anna is John and Henry's mother. It notes they were farmers.  It give Henry Batke's last permanent residence as Lydiard, SK and his brother John and Henry's mother as Queen Center, SK.  It notes their final destination as Yellow Pine, Alabama 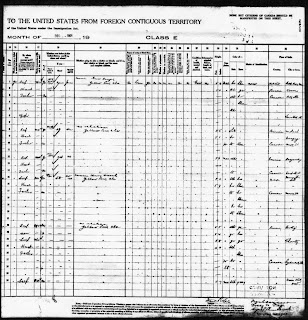 On the top of the second image of sheet 6 of the Manifest, the departure date is stamped: December, 1921.  The Manifest also notes that John and Henry paid their own way.  They both state they have no relatives in Yellow Pine.  It also gives a physical description of each of the travelers.
In columns 33a and 33b it notes where they were born.  The adults all show Russia and the Henry Batke children show Lydiard, SK with the exception of their oldest child, Katharine, who like her parents shows  born in Russia. 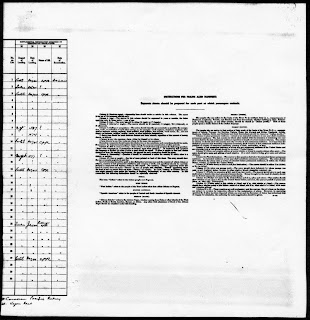 The last image of the Manifest is significant as it states their original seaport of entry.  For those born in Russia, it states Quebec as the seaport, the ship as the Pallanza and gives an arrival date of July 13, 1912.  For the rest, it states, Portal, as in Portal, ND and gives the date of December 7, 1921.  This would be the date the family entered into the United States from Canada.  December 7 is also the date they were "examined" by US Immigration.


The images can be enlarged by double clicking on them.